Eternity is what always is, the reality underlying all temporal phenomena, the nunc stans of St. Thomas Aquinas. It is vulgarly supposed to be an endless prolongation of Time, to begin in the future; it is instead the annihilation of Time, which is limited to this temporal world; in short, Eternity is the real Now. 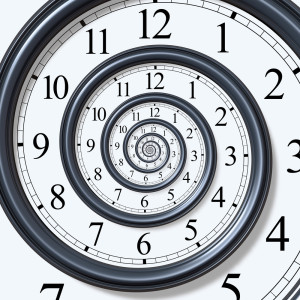 The problem of conceptualising eternity with the linear time (left hemisphere) program. We don’t enter Eternity – we enter Time; we’re already in Eternity

“Eternity Exists, and All Things in Eternity” (Vision of the Last Judgment). Whatever was, is, and shall be is there. “Every thing exists & not one sigh nor smile nor tear, one hair nor particle of dust, not one can pass away” (Jerusalem). Nothing real can have a literal beginning. Man “pre-existed” before his creation in Eden, which was only his materialising, an episode of his Fall.

Eternity is Truth. “Error is Created. Truth is Eternal. Error, or Creation, will be Burned up, & then, & not till Then, Truth or Eternity will appear” (Vision of the Last Judgment). “Whatever can be Created can be Annihilated: Forms cannot: the Oak is cut down by the Ax, the Lamb falls by the Knife, but their Forms Eternal Exist Forever” (Milton).

The Arts discover and record Eternal Truth. “In Eternity, the Four Arts … are the Four Faces of Man” (Milton). The poet (or prophet) who penetrates to the human fundamentals sees past, present and future simultaneously (Jerusalem). For example, Chaucer’s characters are “the characters which compose all ages and nations: as one age falls, another rises, different to mortal sight, but to immortals only the same … Accident ever varies, Substance can never suffer change nor decay … they are the physiognomies or lineaments of universal human life” (Descriptive Catalogue).

Eternity lies behind Nature also. Nature is a projection of Man; all its Forms are human. The rising constellations, the dancing flies, the mountain trees, the thunderstorm are “the Sons of Los: These the Visions of Eternity; but we see only as it were the hem of their garments when with our vegetable eyes we view these wondrous Visions” (Milton). “The Visions of Eternity, by reason of narrowed perceptions, are become weak Visions of Time & Space” (Jerusalem). “The Vegetative Universe opens like a flower from the Earth’s centre in which is Eternity. It expands in Stars to the Mundane Shell and there it meets Eternity again, both within and without” (Jerusalem). 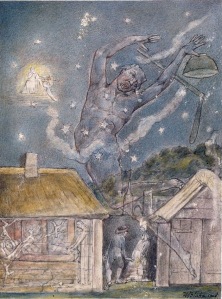 The rising constellations, the dancing flies, the mountain trees, the thunderstorm are “the Sons of Los”

The Divine Substance is the substance of everything. “Eternal Things … All Springing from the Divine Humanity. All beams from him” (Vision of the Last Judgment). “This world of Imagination is the world of Eternity; it is the divine bosom into which we shall go after the death of the Vegetated body … There Exist in that Eternal World the Permanent Realities of Every Thing which we see reflected in this Vegetable Glass of Nature. All Things are comprehended in their Eternal Forms in the divine body of the Saviour … The Human Imagination”  (Vision of the Last Judgment). “Our own Imaginations [are] those Worlds of Eternity in which we shall live for ever in Jesus our Lord” (Milton).

Each Individual is immortal. “Each Identity is Eternal … it retains its own Individuality” (Vision of the Last Judgment). “In Great Eternity every particular Form gives forth or Emanates its own peculiar Light, & the Form is the Divine Vision and the Light is his Garment. This is Jerusalem in every Man … And Jerusalem is called Liberty” (Jerusalem). “Every thing in Eternity shines by its own Internal light” (Milton).

“The Treasures of Heaven are not Negations of Passions, but realities of Intellect, from which all the Passions Emanate Uncurbed in their Eternal Glory” (Vision of the Last Judgment). The sexes do not exist there, as each Individual has already absorbed and synthesised his feminine portion (Jerusalem). The great activity therefore consists in the hunting of Ideas and the mental warfare between them, “the great Wars of Eternity, in fury of Poetic Inspiration” (Milton).

A world in a grain of sand: infinite without, infinity within

But they are not wars of hatred. “For the Soldier who fights for Truth calls his enemy his brother: they fight & contend for life & not for eternal death” (Jerusalem). “Our wars are wars of life, & wounds of love with intellectual spears, & long winged arrows of thought. Mutual in one another’s love and wrath all renewing we live as One Man” (Jerusalem). “One must die for another throughout all Eternity … Such are the Laws of Eternity, that each shall mutually Annihilate himself for others’ good” (Milton).

Blake’s great task therefore was “to open the Eternal Worlds, to open the immortal Eyes of Man inwards into the Worlds of Thought, into Eternity ever expanding in the Bosom of God, the Human Imagination” (Jerusalem). 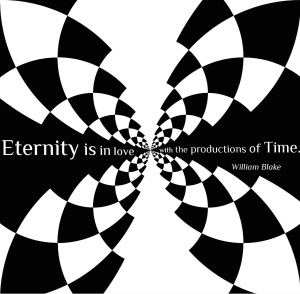 Drowning in the Sea of Time and Space 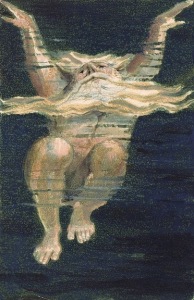 Time and Space have no absolute existence: they are twin aspects of Eternity, as perceived by our limited senses in this world of matter. Together they constitute the Sea of Time and Space which as Noah’s Flood swept over creation. “The Visions of Eternity, by reason of narrowed perceptions, are become weak Visions of Time & Space” (Jerusalem).

Los, who created the sun “to measure Time and Space to mortal Men every morning” (Milton), is Time; his sister-spouse Enitharmon is Space. “Los is by mortals nam’d Time, Enitharmon is nam’d Space: but they depict him bald & aged who is in eternal youth all powerful and his locks flourish like the brows of morning: he is the Spirit of Prophecy, the ever apparent Elias (Milton). “The Greeks represent Chronos or Time as a very Aged Man; this is Fable, but the Real Vision of Time is in Eternal Youth”. In comparison to mortal virtues, which are “Allegories and dissimulations … Time and Space are Real Beings, a Male & a Female. Time is a Man, Space is a Woman, & Her Masculine Portion is Death” (Vision of the Last Judgment). 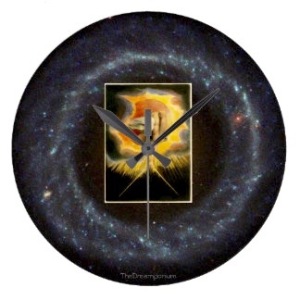 The left hemisphere grounds us in Time, the right hemisphere in Space: “The frontal lobes, especially in the LH, ground us in time through action plans, means-goals relationships, and a memory for the future. The parietal lobes, especially in the right, construct there-dimensional space, the context within which our real and imagined actions take place.” (Cozolino) That word ‘imagined’ is important – we can create an internal ‘space’ as well as an ‘external’ one. But it’s the same space-generating program behind each.

“Time is the mercy of Eternity; without Time’s swiftness, which is the swiftness of all things, all were eternal torment” (Milton). All the woes of earth are limited to “the Outward Spheres of Visionary Space and Time” (Jerusalem). Nevertheless, everything that happens is preserved: “not one Moment of Time is lost, nor one Event of Space unpermanent, but all remain … The generations of men run on in the tide of Time, but leave their destined lineaments permanent for ever & ever” (Milton). “Los in Six Thousand Years walks up & down continually, that not one Moment of Time be lost, & every revolution of Space he makes permanent in Bowlahoola & Cathedron” (Jerusalem), that is, in the body as well as in the imagination.

Both Time and Space are compressible or extensible. Los proclaims: “both Time and Space obey my will” (Milton). “We raise ourselves upon the chariots of the morning, Contracting or Expanding Time” (Jerusalem). Eno, who perceives the eternal in all things, extends a moment of Time into “seven thousand years” (Four Zoas) or into “Eight thousand and five hundred years” (Jerusalem); she also opens an atom of space into Beulah (Four Zoas).

The divisions of Time, from the Moments to the Periods, are created by Sons of Los; and “All are the work of Fairy hands of the Four Elements” (Milton). “Every Time less than a pulsation of the artery is equal in its period & value to Six Thousand Years, for in this Period the Poet’s Work is Done, and all the Great Events of Time start forth & are conceiv’d in such a Period, within a Moment, a Pulsation of the Artery” (Milton). It is Jesus who, “breaking thro’ the Central Zones of Death & Hell, opens Eternity in Time & Space, triumphant in Mercy” (Jerusalem).

“a pulsation of the artery”

The reality of Time and Space is that of lovers. The Female “Creates at her will a little moony night & silence with Spaces of sweet gardens & a tent of elegant beauty, closed in by a sandy desert & a night of stars shining and a little tender moon & hovering angels on the wing; and the Male gives a Time & Revolution to her Space till the time of love is passed in ever varying delights” (Jerusalem).

When the daughters of Albion invent marriage, Los “gave a Time & Revolution to the Space, Six Thousand Years. He call’d it Divine Analogy, for in Beulah the Feminine Emanations Create Space, the Masculine Create Time & plant the Seeds of beauty in the Space” (Jerusalem). 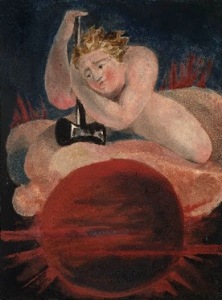 ‘This is a picture of a naked haematologist working alone -hammering a red cell into shape’ (Jocelyn Wu Shinyin, ‘Confessions of a Medical Student’)

Time has an end, as prophesied in Revelation x:6; then the sea (of Time and Space) shall give up its dead. The Six Days of the Last Judgment are a reversal of the six thousand years of Creation. On the First Day, Urizen had sowed the human seed; at the dawn of the Second Day, he cries “Times are Ended!” (Four Zoas) and goes forth for the reaping. In Jerusalem, “Time has Finish’d!” when Britannia awoke on Albion’s bosom. But this is not the end, for there can be no end.

In Eternity, the Four Zoas continue their visionary work, “Creating Space, Creating Time, according to the wonders Divine of Human Imagination throughout all the Three Regions immense of Childhood, Manhood & Old Age … such was the variation of Time & Space, which vary according as the Organs of Perception vary” (Jerusalem). 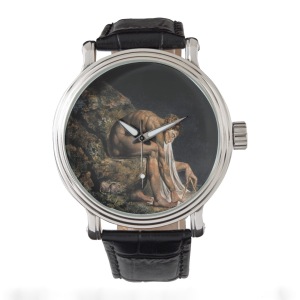 In the Time of Urizen

S. Foster Damon was an American academic, a specialist in William Blake, a critic and a poet. He is perhaps best remembered for his ground-breaking work A Blake Dictionary (1965), from which the above article is taken. It remains a key text for any student of Blake.