Becoming a Star: Philosophy, star-worship and the death of the Body 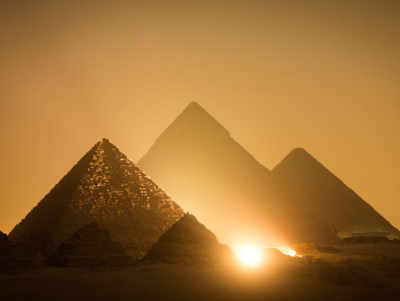 In considering the relationships between Plato, shamanism and ancient Egypt, I am going to be questioning some deep-seated assumptions held both within Egyptology and in the history of ideas, which also extend to our current understanding of the western esoteric tradition. I believe these assumptions need to be questioned because the relationships of Plato, shamanism and ancient Egypt to each other are far more intimate and profound than one might at first suppose. By understanding the nature of these relationships, it may become possible to gain further insight not only into Platonism but also into that deep current of thought and spiritual practice known as the Hermetic tradition.

First of all, let me say that by ‘shamanism’ I mean a form of mysticism and mystical experience, typical of archaic spirituality. While of course shamanism may be approached as a sociological phenomenon of tribal societies, its specifically religious dimension is what concerns me here. Understood in this religious sense, not only is there a great deal in common between shamanism and ancient Egyptian religion, but a shamanic element could be said to be absolutely intrinsic to Egyptian religion.

END_OF_DOCUMENT_TOKEN_TO_BE_REPLACED

Can the Theories of McGilchrist and Žižek Help in Understanding and Responding to Ideological Influences on the Delivery of Psycho-Social Care? This article developed from my work as a psychotherapist and manager within the National Health Service (NHS) from 2008 to 2017. It is a response to the ideologies influencing those areas of health policy which are related to emotional wellbeing through the United Kingdom’s statutory health services.

My work has been based on the theory put forward by McGilchrist in The Master and His Emissary (2009) that traits associated with the natural functioning of the human brain’s left hemisphere, which have evolved to enable us to analyse and manipulate the world around us, also have a propensity to distort the ways in which people mutually interact with their cultures over time. McGilchrist’s book covers two main themes: the neurology of the brain hemispheres and the cultural influence that arises from this interaction. He proposes that when they are unchecked by the moderating effect of the right hemisphere, the left hemisphere traits have an undue influence which is reflected in deleterious effects upon people and their culture.

McGilchrist explores many cultural aspects but he does not include an overall sociological viewpoint from which to study the wider societal impact of his theory, and it is here that I turn to the work of Žižek, who writes extensively about ideology as well as many of the problems confronting societies today, such as subjectivity, capitalism, human migration and social exclusion.

END_OF_DOCUMENT_TOKEN_TO_BE_REPLACED

‘Never Leaving Neverland’ might’ve been a better title for this recent high-profile HBO documentary, given its relentless focus on the Neverland ranch as the sole cause of Wade Robson and James Safechuck’s later mental health difficulties.

But the documentary is equally striking for its one-sidedness, as many commentators (from Rolling Stone to Entertainment Weekly) note. “They have provided no independent evidence and absolutely no proof in support of their accusations. The two accusers testified under oath that these events never occurred.” It’s certainly striking that in 2009 Wade wrote that Jackson was ”one of the main reasons I believe in the pure goodness of human kind”, given what he now claims. His earlier court statements absolutely denying any sexual wrong-doing on the part of Jackson are as convincing as his later statements that Jackson was, in fact, a serial paedophile.