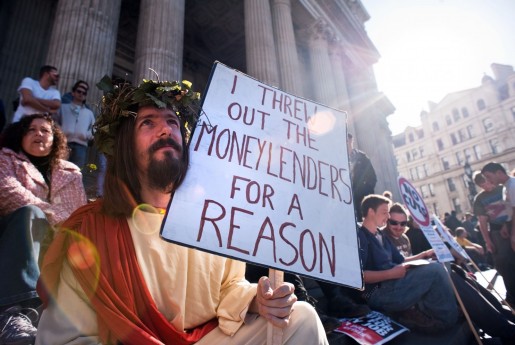 Jesus’s response has been interpreted by the orthodox Church as both legitimising the separation of Church and State and also justifying paying taxes to that State. This clearly suits the purposes of the tax-collecting State, and the modern-day Caesars who still put their faces onto coins, but Jesus is actually saying something much more interesting and subversive here, as the context makes clear. It’s about what sort of world we are living in, and recognising the consequences of our belief systems.

As Biblical scholar Marcus Borg notes, “the episode is part of the continuing effort of the authorities to trap Jesus: If Jesus were to respond that, yes, it’s fine to pay taxes to the emperor, he risked discrediting himself with the crowd, many of whom resented imperial rule. If he were to say, no, people shouldn’t pay taxes to the emperor, then he could be charged with sedition, a capital offence.” Indeed, only a few days later Jesus was indeed put on trial, and then executed as a terrorist and insurrectionist – “lēstēs”, which as Eisenman notes is the word commonly used “when talking about Revolutionaries”. 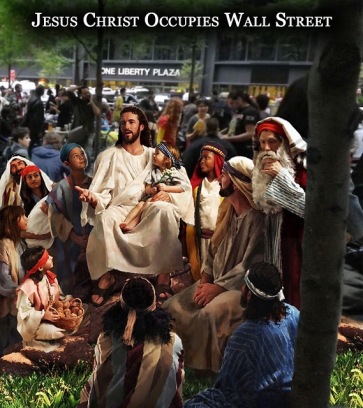 What Jesus does in this exchange is actually to turn the tables on his interlocuters – perhaps an appropriate metaphor given that this incident occurs in the temple, the most sacred space in Jerusalem, which is where later that week he would literally overturn the tables of the money-lenders. Borg notes that the ‘Pharisees and Herodians’ had sought to discredit him in front of the crowd; instead, by asking them to show the face of Caesar within the temple “Jesus has already discredited them; they are carrying a coin with a graven image that heralded the emperor as divine.” To unpack the significance of this a bit: the Pharisees, the Jewish biblical teachers, are forced to produce within the sacred context of the temple a Roman coin with an idolatrous image and inscription – the denarius had a graven image of the emperor Tiberius on it as well as his title “son of God” (“Caesar Augustus Tiberius, son of the Divine/God Augustus”). The sil­ver denarius was also the prescribed coin for taxation purposes throughout the empire; Matthew and Mark use the specific term kenos or poll tax that is levied upon every individual for his own person and was thus especially galling as a mark of servitude to the Roman power.

Jesus knew this, and so he asked for the silver imperial tax coin, using the Latin word, the Roman technical expression, which had become current in Palestine along with the coin itself. After their acknowledgment that it is Caesar’s, the following two facts are vividly brought to light through Jesus’ masterly handling of the situation:

(1) Coins with Caesar’s image and superscription are in use among the Jews.

(2) The coins are evidently the property of Caesar, otherwise they would not have borne his image and superscription.

From these two facts it thus follows that the Jews had accepted the imperial rule as a practical reality, for it was the generally current view that a ruler’s power extended as far as his coins were in use.

Jesus is here exposing the usurpation that lies at the heart of the domination system: the worship of power and the separation of the humane from the economic – a separation that his response has ironically been used to perpetuate by the post-Constantine Church. Jesus suggests that the face of Caesar has no meaning or legitimacy – no currency – in the context of the sacred. Rather, it is an arbitrary, devalued and devaluing token of enslavement.

Jesus’s question to the elites is therefore partly rhetorical: he is subversively but implicitly asking what actually does belong to Caesar in God’s world? And he would have expected his audience to know the answer, which is written in one of the most famous lines in the Psalms: “The earth is the LORD’s and all that is in it” (Ps. 24.1). As Borg paraphrases it: “And what belongs to the emperor?  Nothing.” 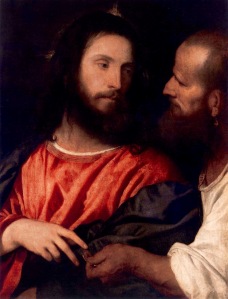 ‘The Tribute Money’ by Titian

It’s an important passage because it touches on so many central concerns: the status of the Law, of authority, the importance of interpretation, how oppressive power manifests itself through such a simple thing as a coin; and above all the relationship between the mundane and the holy. Jesus undermines the basis of Caesar’s legitimacy and also that of the Pharisees (i.e. both Church and State) – and not through violence or open aggression (which they are expecting, and used to dealing with) but through a particularly potent form of nonviolent resistance – what Blake called “Mental Fight” – which leaves them completely disoriented. It’s also important in suggesting Jesus’s whole mode of engagement – which is not to be dogmatic, but to question, and to try and re-focus – to shift the debate – to what is really important. For Jesus, as for Blake, it’s more important that people are encouraged to question, interpret, and work out meanings than for these to be imposed. Jesus doesn’t tell you what to think: he challenges how you think.

The particular context of Jesus’s saying and metaphors is always important; he sets up reverberations and resonances with surrounding events, spaces, and conversations. In the accounts of both Mark, Matthew and Luke this incident occurs for example as the third in a sequence of four related passages: the first is a parable, which concerns a certain man who “planted a vineyard” (or in Matthew, “The kingdom of heaven is like unto a certain king…”). The man gives it to a “husbandman” (or “emissary”, in McGilchrist’s parable) to look after while he is away. At the due season, the owner sends the husbandmen a servant to receive the fruit of the vineyard – but instead the husbandmen beats the servant and sends him away. This happens three times. Finally, the master decides to send his own son, thinking that “They will reverence my son.”  But instead, they not only beat him but kill him – as the heir they hope “the inheritance shall be our’s”.  The relevance of the parable, especially to the “render unto Caesar” passage that follows it is clear: “What shall therefore the lord of the vineyard do? he will come and destroy the husbandmen, and will give the vineyard unto others.”  Jerusalem is the vineyard: Caesar, the Pharisees, the Herodians (Luke adds “the chief priests and the scribes” – i.e. everyone working for the current domination system) are the “husbandmen” who abuse their power and position. Both passages concern the issue of authority, and the relationship between temporal, mundane authorities and spiritual authority – and also between the authority of the past (the Law) and the demands of the present (justice, compassion): i.e. Caesar’s kingdom and God’s kingdom.  If the current “kingdom” or vineyard is not treating people well it needs to be destroyed and given “unto others”. Caesar is simply a husbandman, a vainglorious emissary who pretends to be a master.

The third incident in Matthew again concerns the authority of the past, and is prompted by a question from the Sadducees on the scriptural technicality of whether if one man marries seven wives (each one dying barren), which would be his wife in heaven. Jesus responds that “when they shall rise from the dead, they neither marry, nor are given in marriage” – a thought-provoking reply in itself –  but he goes on to make a much wider point about what sort of “God” this question supposes. For Jesus, God is a living God – not a Lawyer for the dead: his God is “not the God of the dead, but the God of the living.” Jesus is trying to encourage them to focus on what is really important – what sort of life they are actually living – rather than obsessing about specific taxes or post-death marital arrangements. ‘Render unto Caesar’ was framed exactly to draw attention to this: he turned a question about a tax to Pilate into an examination of the whole domination system, and the role of money in it.

Does the contemporary domination system manifest as compassion – as loving our neighbours?  Or is it based on competition with our neighbours? – with power, with manipulation, with control? If the latter, then the rulers are treating God’s servants as the abusive “husbandmen” did. The vineyard needs to be taken away from such people, and with God’s full support. Jesus’s teaching applies both to economic, political rulers (Herodians) and to religious elites (Pharisees and chief priests), which is precisely why the authorities wanted to get rid of him – they realised that Jesus’s message was social dynamite. “And the chief priests and the scribes the same hour sought to lay hands on him; and they feared the people: for they perceived that he had spoken this parable against them.” 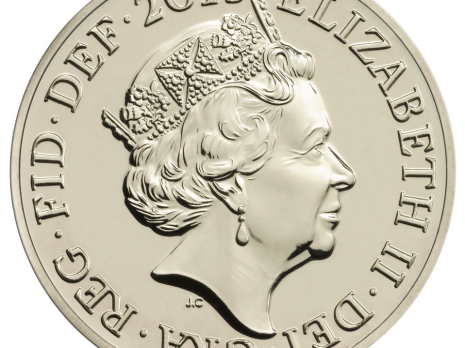 Gandhi shared this perspective. He wrote:

Jesus evaded the direct question put to him because it was a trap. He was in no way bound to answer it. He therefore asked to see the coin for taxes. And then said with withering scorn, “How can you who traffic in Caesar’s coins and thus receive what to you are benefits of Caesar’s rule refuse to pay taxes?” Jesus’ whole preaching and practice point unmistakably to non-cooperation, which necessarily includes nonpayment of taxes. (Gandhi, ‘Render Unto Caesar’, Young India, 27 March 1930).