The Marriage of Heaven and Hell, despite its parodic form and function, is Blake’s personal and politico-theological manifesto outlining his fervent opposition to institutionalised religion and the oppressive moral laws it prescribes. It ultimately concerns the opposition between the spirit of Prophecy and religious Law.

END_OF_DOCUMENT_TOKEN_TO_BE_REPLACED

Jesus’s Attack on the Purity System, by Marcus J. Borg 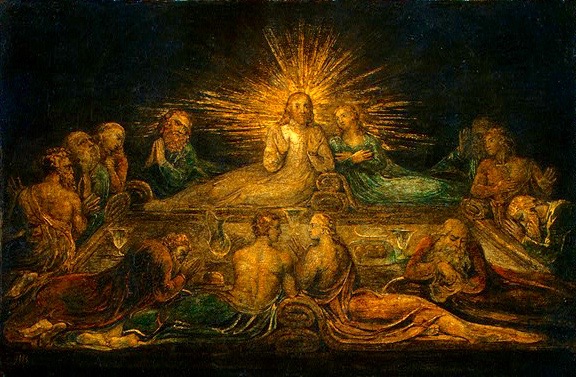 For Jesus, compassion was more than a quality of God and an individual virtue: it was a social paradigm, the core value for life in community. To put it boldly: compassion for Jesus was political. He directly and repeatedly challenged the dominant sociopolitical paradigm of his social world and advocated instead what might be called a politics of compassion. This conflict and this social vision continue to have striking implications for the life of the church today.

END_OF_DOCUMENT_TOKEN_TO_BE_REPLACED

The Humanised Universe of Blake and Marx, by Minna Doskow 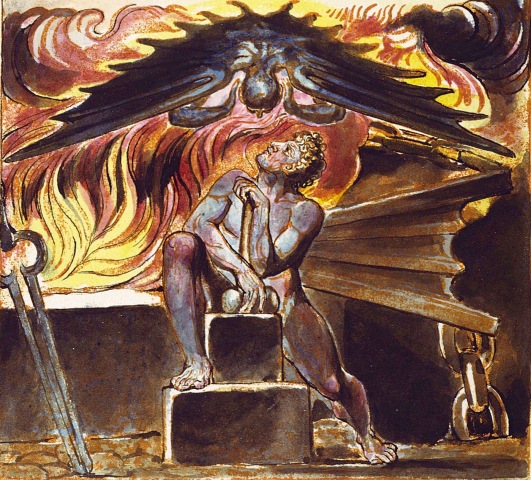 Both William Blake and Karl Marx address themselves to the central philosophical problem of their times, the relation of human subjectivity to the external world. Beginning with the new science of Bacon and his followers, and continuing through the philosophers of the Enlightenment, a breach between subject and object developed, between a self-defining subject who knows, wills, and reasons, and a given, objectified nature, including human nature, with which the subject must deal. Nature was seen as “mechanistic, atomistic, homogenizing” and based on contingency as was man, who as part of nature partook of its character. Reacting to this dualistic view, Blake and the other European Romantics of the 1790s sought a way to heal the breach between subject and object and reintegrate man with his world. Building on the Romantic attempt, and Hegel’s critical adaptation of it, Marx, too, a generation after Blake, attempted to heal the rift brought about by the Enlightenment.

END_OF_DOCUMENT_TOKEN_TO_BE_REPLACED

Sex and Death in the Church, by Christopher Rowland and Jonathan Roberts 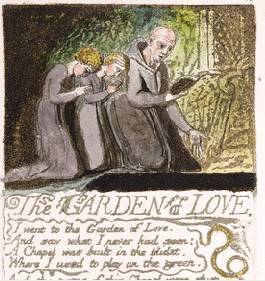 ‘The Garden of Love’ is a poem from Songs of Innocence and of Experience, a collection Blake produced and published in 1794. The image depicts a sort of religious education, the priest reading and gesturing, the two children, heads bowed, listening attentively, but also uncomfortably.

END_OF_DOCUMENT_TOKEN_TO_BE_REPLACED

God is not an object but a mode of thought, by Rod Tweedy 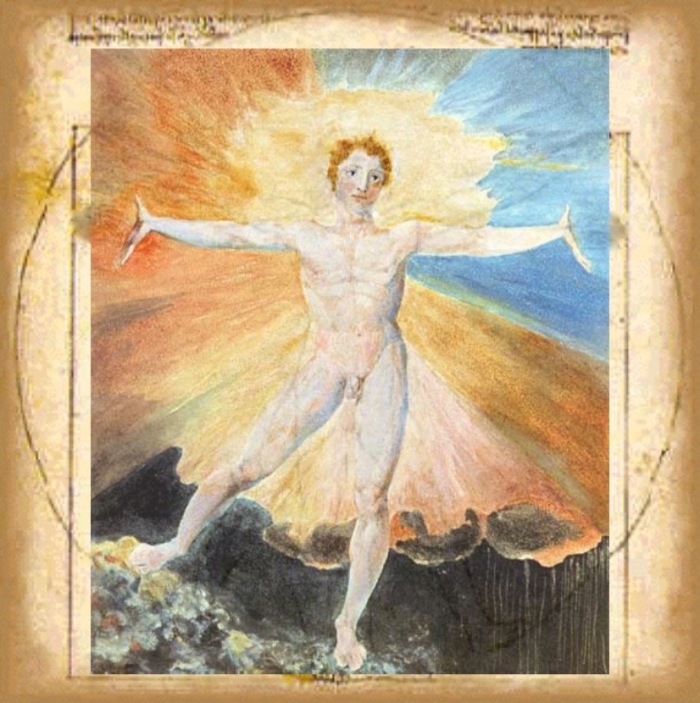 The “mutual interchange” of the divine and the human in Blake’s work is one of its most characteristic and challenging, as well as moving, aspects. Because of this convergence, Blake maintained that to be truly god-like one has to be as human as possible. “Awake! Awake O sleeper of the land of shadows, wake! expand!” (Jerusalem 4:6):