The Zoas and the Zodiac 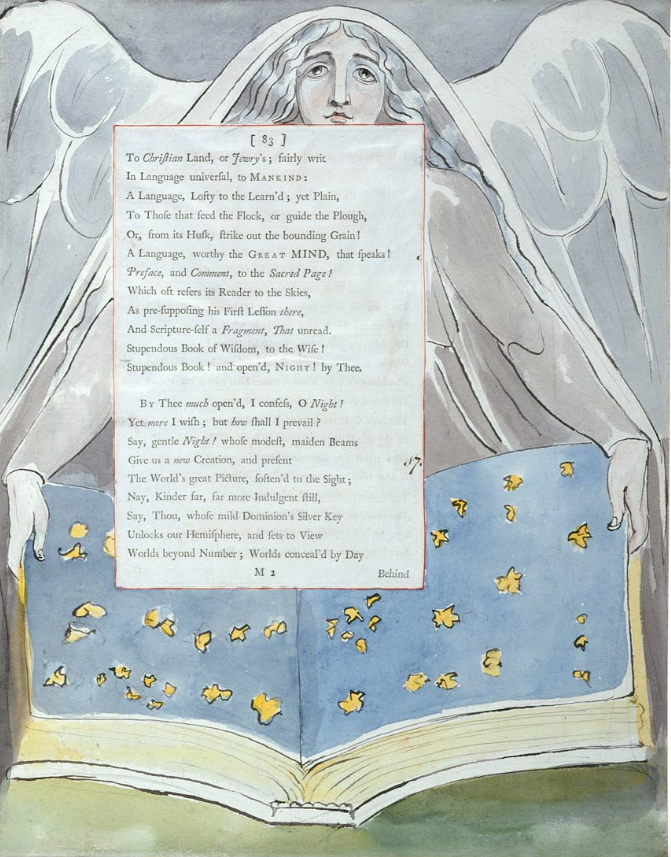 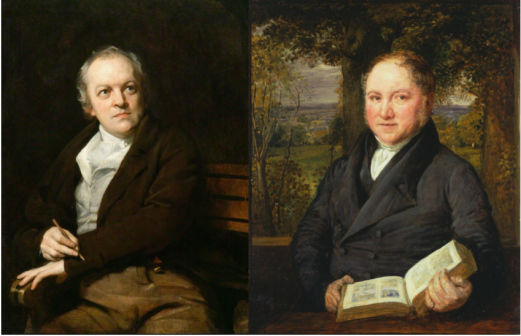 Blake and Varley: Portrait of Blake by Thomas Phillips (1807), and portrait of Varley by John Linnell (1820)

Blake’s friendship with the artist and astrologer John Varley (1778–1842) is one of the most unusual and intriguing of all Blake’s unusual and intriguing friendships. They first met in 1818, when they were living as near-neighbours in London, and it is Varley we have to thank for the remarkable series of drawings of ‘Visionary Heads’ that Blake made, in the company of Varley, over a number of late-night (or rather early morning) meetings – or ‘seances’ as some people called them – that they had, usually at Varley’s house, 10 Great Titchfield Street, off Oxford Street, which was near to Blake’s in South Molton Street. These drawings included the famous image of ‘The Ghost of The Flea’; it is a rather remarkable fact that this Ghost arose out of their discussions about astrology and the possible influence of the position of the planets on both our psychology and physiognomy. The Ghost (or Spiritual Form) of the Flea, apparently, denoted ‘Gemini’.

Blake’s drawings (including that of the Flea) were used by Varley for his 1828 book A Treatise on Zodiacal Physiognomy – the only time that Blake collaborated with someone else on the production of a book. And what an fascinating book it is: ‘Zodiacal Physiognomy’ is surely one of the most intriguing titles for a book ever.  But what exactly was zodiacal physiognomy?

END_OF_DOCUMENT_TOKEN_TO_BE_REPLACED

Seeing with the Heart Shams of Tabriz was a Persian Sufi and roaming dervish who lived at the end of the twelfth/ early thirteenth century. He was the spiritual teacher and advisor of Rumi, and indeed it’s often said that Rumi was a professor who Shams transformed into a mystic, a lover, and a poet. They spent months together, lost in a kind of ecstatic mystical communion known as “sobhet” — conversing and gazing at each other until a deeper conversation occurred without words. There are many legends describing their meeting in Konya: Rumi was taught by Shams in seclusion for 40 days, and the period after this is described as Rumi’s ‘mysticism’, where sufis danced, played music (rabab), and drank wine. It is in this time, that the concept of “whirling dervishes” originated.