Over 200 years ago, that’s exactly what William Blake did. What happened on that trip – what did he see? what did he feel? – but most importantly, what did it inspire him to write?

London at that time was starting to assert itself, it was starting to beat its chest. But Blake just peals the veneer behind that image, and speaks about “Weakness” and “Woe”. These are not adjectives that London would use to describe itself to the world.

Blake is seeing the London that he grew up in as a child being ripped apart by the extreme wealth and extreme poverty that exists within ‘London’. He is seeing and experiencing the “Mind-forged manacles”, industrialisation, child labour. He is recording the sounds he’s hearing, the images he’s seeing, recording how “the hapless Soldier’s sigh runs in blood down Palace walls”—an image of the exploited Soldier fighting in needless wars on behalf of the Palace.

Blake was angry and horrified at what was happening to the city and its people. He was a creative visionary frustrated by the world around him, living in the world of the seen and the unseen. With Blake the main idea is just the concept of freedom – using your imagination to free yourself.

Though he lived his life in poverty, he was probably the richest man in London.

I wander thro’ each charter’d street,

Near where the charter’d Thames does flow.

And mark in every face I meet

Marks of weakness, marks of woe.

In every cry of every Man,

In every Infants cry of fear,

In every voice: in every ban,

The mind-forg’d manacles I hear

And the hapless Soldiers sigh

Runs in blood down Palace walls

But most thro’ midnight streets I hear

How the youthful Harlots curse

And blights with plagues the Marriage hearse 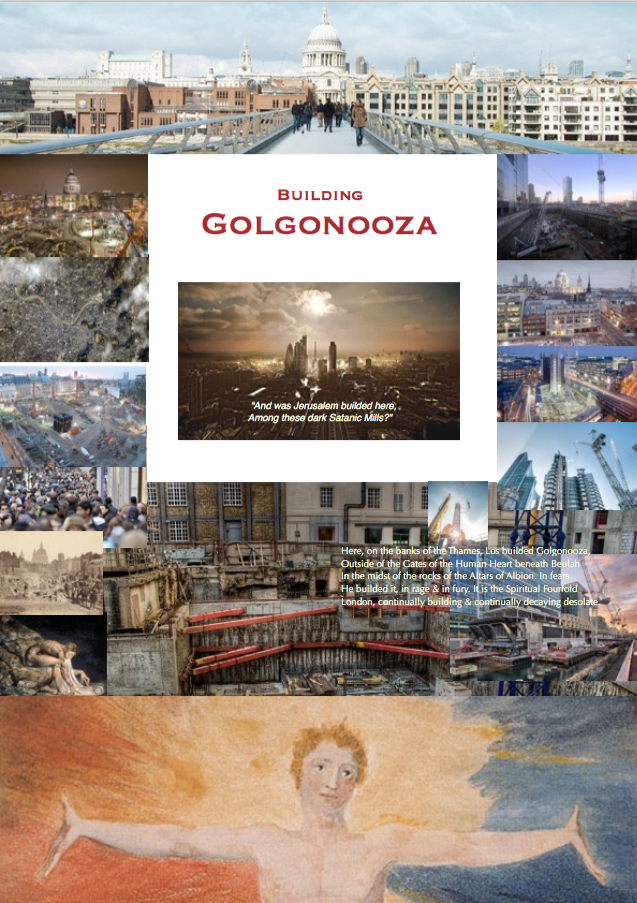