How to create and live in a free society 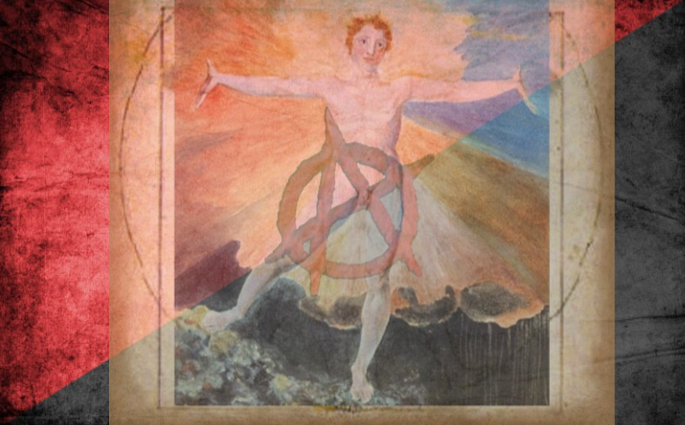 The English poet and painter William Blake (1757-1827) left a body of breathtaking art and stirring, sometimes obscure poetry, much of it concerned with religion and much with the revolutionary struggles of his time—the American and French revolutions, the British radical movement of the 1790s, and later, the growing British labour and constitutional movement in the years 1810-1820. Blake’s major poems—which are also beautiful artworks incorporating his own illustrations—include those collected in Songs of Innocence and of Experience (1789-1794); short narrative works like The Book of Urizen, America a Prophecy, and Europe a Prophecy, all written in the 1790s; and three long, complex narrative poems, The Four Zoas (1797-1807), Milton (1804-1818), and Jerusalem (1804-1820). This article is about Blake’s idea of Jesus and its relation to revolutionary anarchism.